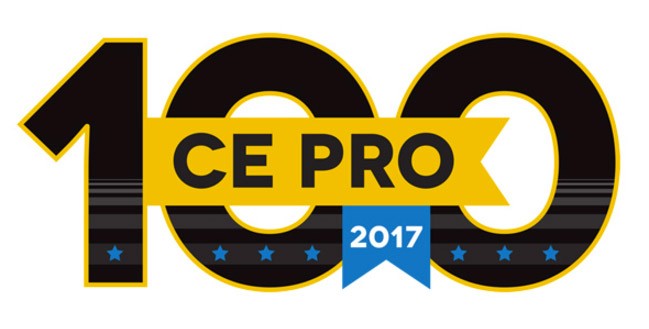 The company ranks No. 31 among the nation’s custom installation companies

June 8, 2017: CHESTERFIELD, Mo. – The Sound Room, St. Louis’ premier home technology retailer, announced the company’s spot on the CE Pro Top 100 list, which ranks among the nation’s top custom integrators. The company was named No. 31, and has been on the list for over a decade.

CE Pro, a leading electronics trade publication, ranked CE Pro 100 integrators based upon its 2017 revenue. During this period, The Sound Room generated more than $7 million in revenue, despite the closing of many consumer big box electronics retailers.

“In our 33 years of business, we’ve seen many big box stores struggle due to their focus of selling boxes,” said David Young, The Sound Room President. “Not only are we expanding our space with the continued growth, but we focus on finding solutions for our customers.”

The company ranks No. 30 among the nation’s home technology retailers

CE Pro, a leading electronics trade publication, ranked custom home and audio integrators based upon their 2013 revenue. In that time, The Sound Room generated more than $5.9 million in revenue, despite the continued slow growth within the industry.