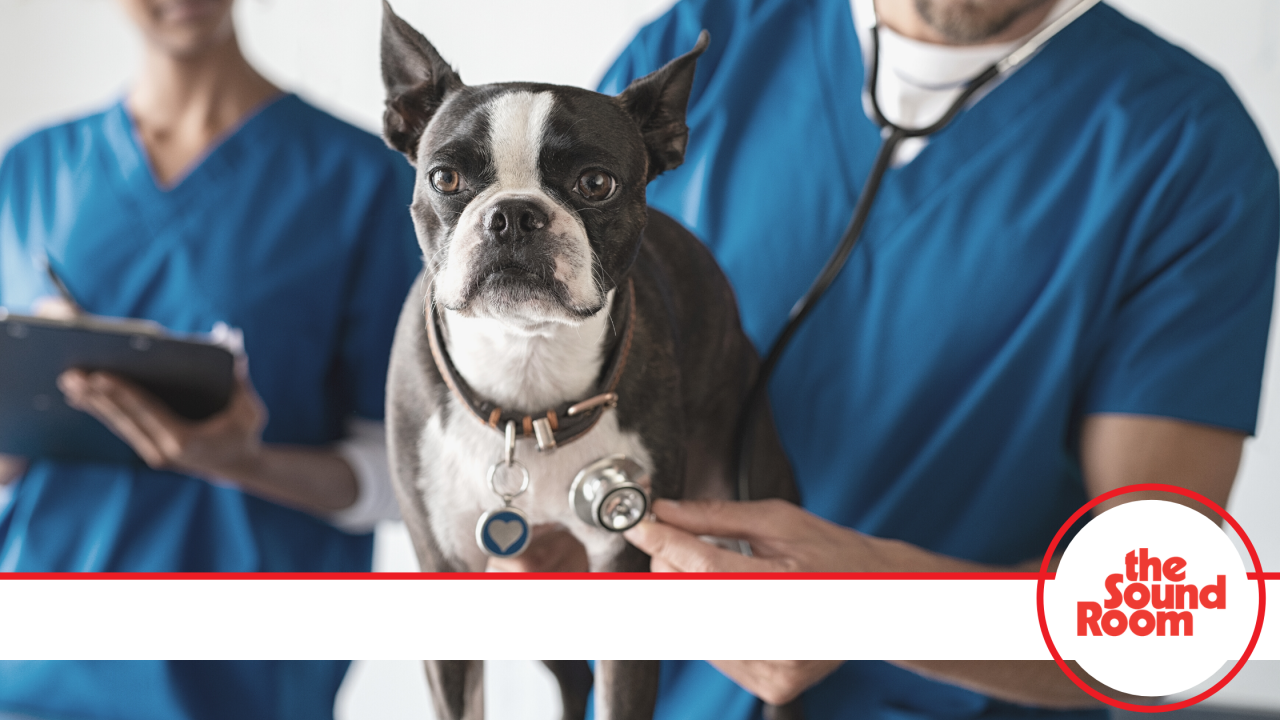 This project began when a longtime retail customer reached out for help after moving in with her aging mother. With a teenage son attending school virtually, her mother’s use of technology for entertainment, and her own desire for high-speed connectivity when working from home, she recognized the bandwidth of their current network wasn’t cutting it. The Sound Room suggested and ultimately implemented a network upgrade in the home, bringing all her existing electronics into the system and making it all work together.

The client was extremely happy with the outcome and asked if we could do the same thing for her business, Heritage Veterinary Hospital in Creve Coeur. The company was getting poor performance from their network and the devices on it. They were preparing to make a serious investment in fiber optic cable upgrade as a result. They brought us in to evaluate the network and determine if there were opportunities to improve performance inside the building.

Commercial network upgrades present their own brand of challenges and this one was no different. First, the veterinary hospital was open six days a week, during the hours when our installers would normally be working. The network connected 30 workstations with computers and IP phones, as well as 45 other devices used to treat patients and run the business. The company’s website, where they manage scheduling, was also hosted on a server in the building. The job required that downtime be minimized as much as possible.

Next, we had to overcome challenges of the hospital building itself. The building had three stories, with concrete floors between them. There was also an addition on the east side of the building with twelve-inch-thick concrete walls on all sides. All this concrete posed unique challenges for running new wires and ensuring uniform Wi Fi coverage throughout the space.

Finally, we needed to free up our client from being the go-to tech support person for her company. In addition to providing animal care and running her business, she knew the network better than anyone else. So if something wasn’t working, she was troubleshooting and fixing problems on her own. She needed to be able to focus on taking care of the animals and running the day-to-day of the hospital.

The Sound Room performed a network analysis, and found the overall design and layout was lacking. It was the culmination of two different companies designing and installing their own solutions at different times. The result was 200 mbps of data coming into the building, but only 24 mbps making it to her network. It was time for an upgrade.

To save time on the jobsite, we preconfigured the network in out facility prior to installation. This meant unboxing, powering up, and doing the basic configuration as well as preassembling and preprogramming all the equipment in advance.

To solve for the issue of downtime, our team arrived at 4 p.m. on a Saturday afternoon, when the clinic closed for the week. We got to work stripping down their existing system and worked until 10 p.m. that night. Sunday morning, we were back onsite at 7 a.m. to finish removal of legacy equipment and start running wires. Because we were installing after hours, there was nobody who knew the existing system there with us as we began working. If an issue presented itself, we had to rely on research and the knowledge of our team to develop an innovative solution.

We mapped and named every device on the network, so if a device stopped working in the future, we would be able to quickly identify which IP address correlated to which device in the room and identify the port and network switch it was connected to. We also reconfigured lab equipment that was sitting on a separate network and reconfigured the IP phone system to get the entire network up and running.

Due to the COVID-19 pandemic, the hospital wasn’t allowing pet owners in the building when they brought their animals for grooming or vet services. So we also extended Wi-Fi into both the front parking lot and the back parking lot and added a guest network, so clients would have connectivity while they waited for their pets.

Finally, we connected their system to a Parasol technical support account with a technician available 24/7 for reactive service needs and to monitor the devices on her network. So if something goes wrong, the problem is identified and fixed before she even knows about it. And thanks to 24/7 support for her staff, she’s no longer the go-to person for IT issues.

We locked up after completing the job at 9 p.m. on Sunday night.

We felt confident in the new network but couldn’t test all the computers or lab equipment to truly know how it would respond when the client arrived to resume business the next day. The Sound Room Vice President of Operations Andy Hauck was on the phone with the client at 10 a.m. on Monday morning when she walked into the building. To her delight, her team was already reaping the rewards of a faster and more reliable network from The Sound Room.

Thanks to the project, the client was able to reduce their expenses from their internet service provider from five monthly bills to two. And that costly fiber optic upgrade? After cleaning up the issues on the network, it was no longer necessary. With a high-performing network inside the building, they were able to do exponentially more with the same coaxial internet connection.

When you subscribe to the blog, we will send you an e-mail when there are new updates on the site so you wouldn't miss them.