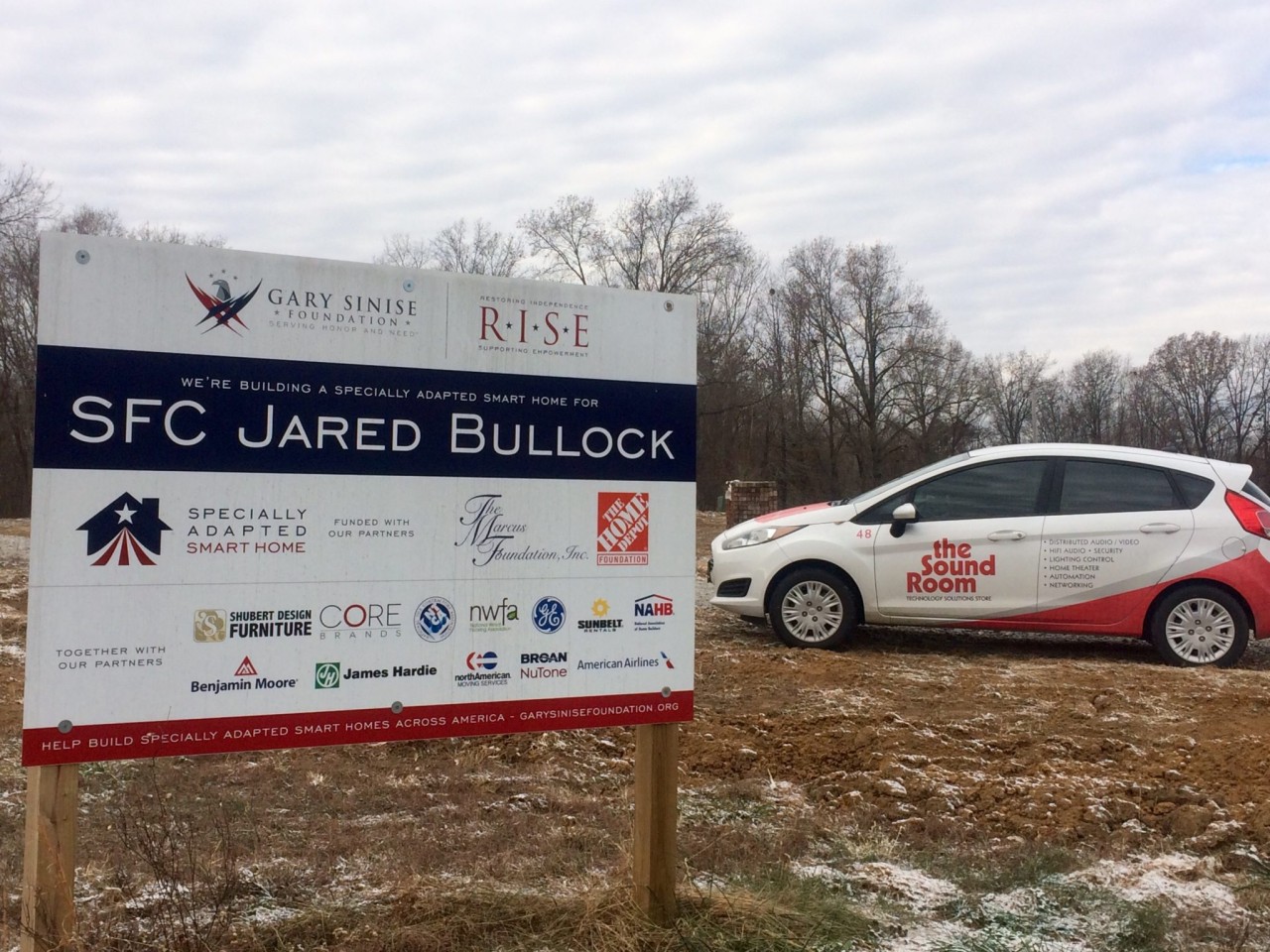 When we heard about the Gary Sinise Foundation and their R.I.S.E (Restoring Independence Supporting Empowerment) program was building a house in Carbondale, IL  for SFC Jared Bullock, we knew we wanted to be involved. Core Brands reached out to us to see if we were interested in participating in this project and we jumped. We reached out to the foundation, offered our services and are thrilled to be a part of this project. The goal of this project was to build a smart home that is fully functional for Jared and his family.

Jared and his twin brother enlisted in the Army two years after the 9/11 attacks, and in October of 2013 Jared earned his Green Beret. In November of 2013 while on a routine patrol, Jared was severely injured when his ATV ran over an improvised explosive device. He lost his right arm and his right leg in the accident and has since undergone over 30 surgeries. Thanks to the Gary Sinise Foundation, Jared, his wife Jessica and their son Aiden will be able to start a new chapter in their lives in a fully automated specially adapted smart home.

This is an extremely exciting home, featuring security, automated remote door locks,  lighting control, motorized shades), video surveillance and recording for security, entertainment including whole house audio and video. This house will be fully automated and be able to controlled via iPad, Tablet and smart phones. There will be touch panels in the Great Room of the house along with other appropriate locations that will make it easy for use.

We are working with our suppliers and vendors to get as much as we can donated to the project, and we have been amazed by the support we have received. Our staff have stepped up as well, donating their time and expertise to the project. The house is expected to be completed in early summer and we can’t wait to share pictures of the final home with you!